The Driver Dashboard as the name suggests is designed to provide information to the driver. In the Arrow1 TeamArrow used this system as the actual dashboard in the car. If Customisable Alerts are triggered in the App software these are also shown on the screen so the driver has instant notification of an issue. 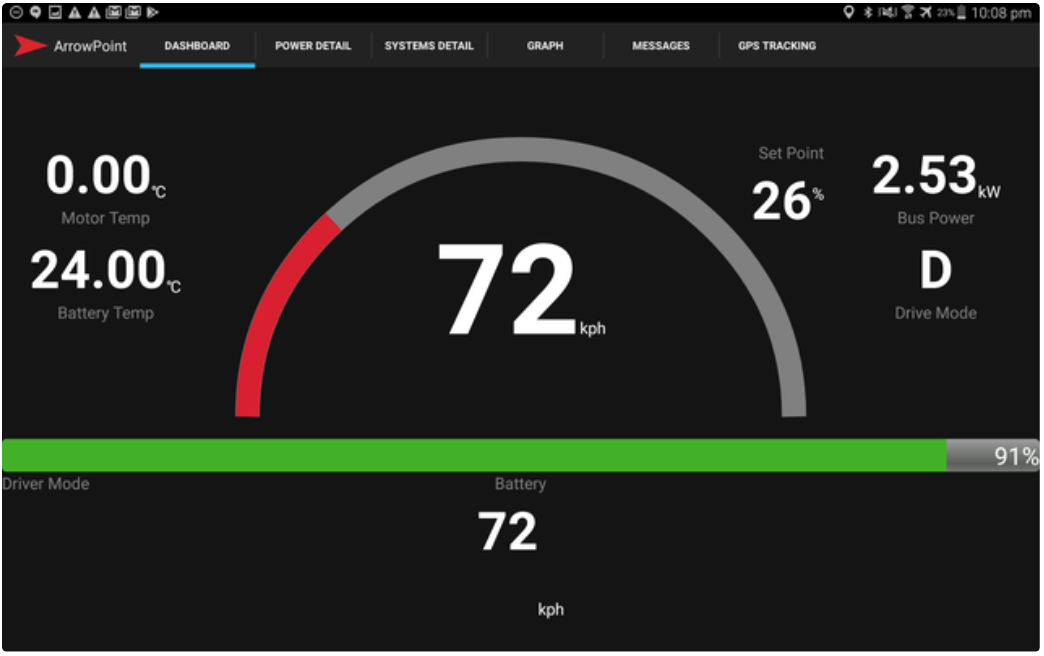 In racing environments TeamArrow found it very useful to not just have the app installed on a tablet in the solar car but also in the chase and lead cars as well on the dash. That way the whole fleet could track current speed of the car which made running as a fleet much smoother. If there was an issue in the car everyone was aware immediately across the entire fleet.